50th Anniversary of the March on Washington 2013 “I have a dream that my four little children will one day live in a nation where they will not be judged by the color of their skin but by the content of their character.” Dr. Martin Luther King

In response to this famous MLK quote, a friend posted this:

“So if a Caucasian woman who lives in Harper Woods is denied the opportunity to receive a scholarship because she is not African American and living in Detroit, how is this equal? If the judgement of who receives comes down to color, can this be OK?”

I think she was referring to something that used to be called “Reverse Discrimination,” a term coined by Republicans years ago used to shift blame, to revise history, to save the white race, to preserve white dominance, etc.  It didn’t fly then and now I see it beginning to resurface. With recent voting rights rollbacks, the “underclass” has been even more marginalized, among numerous unfortunate developments sponsored by the right which have advanced discrimination rather than reducing it. Blaming the victims of discrimination doesn’t make anyone’s situation better.  Hard to believe we live in a society that is only now just becoming aware that it still blames the victim, whether it’s CSA or racism.  Amazingly, another right leaning friend of mine recently suggested that quote of MLK was proof MLK was a Republican. Talk about revisionism.

The “content of one’s character” refers to a state where there exists true equality for all, which cannot exist without laws to protect everyone’s rights.  Equality for all is the real question of character. The race or gender or sexual orientation or immigration issues facing us in this country will never be resolved until we have full equality woven into the fabric of our society on every level, from educational 0opportunities to voting rights legislation. This is what MLK stands for.  Not “I am of higher character than this group or that group, therefore I deserve more rights and opportunities than they do.”

For every white person denied entrance to a university because they are white there are hundreds or thousands of qualified blacks who have been denied the opportunities most whites take for granted. And it’s not because they are lazy or inferior it is because our system has failed them at every turn.

Whereas I don’t expect to convince those in favor or rolling back civil rights in the name of “equality,” I have to say that until we have true equality, those of us who want justice and equality have no choice but to continue the fight. Until that terrible injustice of inequality is completely righted we cannot rest. We cannot wish it away.

We have to put up with the indignity and yes, unfairness, of making things right. To deny that racism exists, or to say it is no longer relevant, as many in our country are trying to do, even as we speak, is not the answer. Instead we need to talk about it openly, deepen our awareness of the insidious nature of the problem and tolerate the “injustices” associated with correcting it.

I can tell you the name of the African American clarinet player who took “my” spot at U of M back in 1978. I never felt resentment that U of M invited him, perhaps in order to meet their quota, instead of me.  Did I play better?  Perhaps.  Was I of “superior” character?  Absolutely not.  Are these the important questions?  NO, they’re not!  I realized, even as a teenager, that all happened exactly as it should have.   I believe it was the right thing for everyone, even though it may have seemed unjust to me personally.  I turned out alright, after all.

We have to have faith in a higher justice than just what is in it for me. 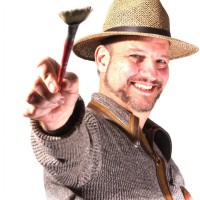 The Evolution of a Race Awareness
January 20, 2019

Rob, Why do you like Obama? Most people I talk to dont like him. Can you give me an example of how he is doing a good job????

Yoi still didn’t answer my question Rob. how can any discrimination be ok.. you twist things and name-call with some kind of attitude that it is ok because you know the truth. you know what is right. And the rest of us are idiots because we believe something different than you..something different..diversity..you are so full of yourself..and still you don’t answer my question…

To paraphrase BHO; If I had a president; he wouldn’t call me a racist! MLK’s message has been lost in the misguided rhetoric of today’s politicians. When everything is construed as racism; the term looses it’s meaning.

If you have two people taking a test and you wanted it to be fair, both would have an equal opportunity to prepare. Neither would be given more time or material that the other did not have access to. Generally speaking, if you are a white female from Harper Woods, you would have more time and material to prepare than if you are a black female from inner city of Detroit. Better family support, better educational opportunities, better everything. Keeping the playing field fair requires discrimination. We do it for returning GIs because they fell behind because of war. When we are all playing on a level field, then we can stop discriminating.

Amen Mike. Denise, I think your question has been answered a thousand times over and the answer is yes, it’s okay. Equality, justice and an equal playing field is an essential step, painful as it may be, if we want to become civilized. If that makes me sound full of myself to you, so be it. I still love you anyway.

Jeff, Do you mean: What has Obama done besides passing Universal Healthcare reform, preventing a 2nd Great Depression, appointing 2 Supreme Court Justices (including the first Hispanic Justice), withdrawing troops from and ending the war in Iraq, lifting restrictions on Stem Cell Research, repairing our national image abroad, and showing children of color everywhere that anything is possible? How about doing all of the above in the face of an obstinate Congress, the Tea Party and the Koch brothers? Now if I could only get him to dump his pro-privatization of public schools education reform, everything would be dandy.

I don’t expect you to understand, as I have tried. It’s alright, I know we wa both want justice and love and that’s what’s important. Equality is not about color, unless color has been made a factor over hundreds of years by a racist culture. That many like yourself have evolved to where you don’t see race as a factor doesn’t mean it is not a huge part of our culture. The only way to change our culture is to create equal opportunity; to level the playing-field, as Mike suggests. I respect your right to disagree

Btw, to say I’m “twisting and name calling” and that I’m “full of myself.” Have I insulted you personally in this conversation as you have me? I’m discussing an idea, called racism. I am opposed to an ideology that I believe is preventing equality from occurring. I am not insulting anyone personally. Can you see there’s a difference?

Is using discrimination to achieve equality a form of racism?

ROb, YOU are generalizing and clumping me into to a group that YOU feel and vent and verbalize as being inferior.

Denise, I think the definition of racism isn’t just treating people of different races differently, but doing so because of the perceived superiority of one race compared to the other. If the policies leading to “leveling the playing field” (I think those are the policies under discussion) are done because “all men are created equal and have certain unalienable rights”, then I don’t think leveling the playing field for different groups of people (who are assumed to be equals) can qualify as racism.

But isn’t assuming some unequalitiy based on race or place of residence a form of racism? Why does living in Detroit equate being poor?

What if the woman in Detroit is a daughter of attorneys living in Rivertown condos in Detroit? The scholarship I am talking about uses race and residency as the deciding factor. If you are not Black and living in Detroit you don’t qualify, not matter what you income or background. Is this what leveling the playing field is all about?

Sue, you are right, and the key is “who are assumed to be equals. Skin color should not be a determining factor EVER, in equality, or rights, or entitlements.

Just because the system has flaws doesn’t mean we should throw the whole effort away. Fix the system by which we bring justice into being.